I get it some people have reservations about something new.  Especially when it comes to their body and what’s good for it.  So I have compiled 10 Proven Benefits of Keto Backed by Science.

Full disclosure when I first started keto this was the only reason why I started.  In my defense I literally knew nothing else about it.  With that being said, weight loss is the number one reason why people start.  Transitioning to a fat-adapted metabolic state will greatly aid in weight loss.  It will also keep you from binge and over eating.

One reason for this is that a keto diet has the unique ability to increase satiety (the feeling of fullness).  This is great because we tend to over eat otherwise.

Body fat, especially across the waistline, is one factor in metabolic syndrome, a cluster of symptoms and conditions associated with increased risk for heart disease and diabetes. The keto diet reduces all five of the clustered conditions, including body fat in the midsection. 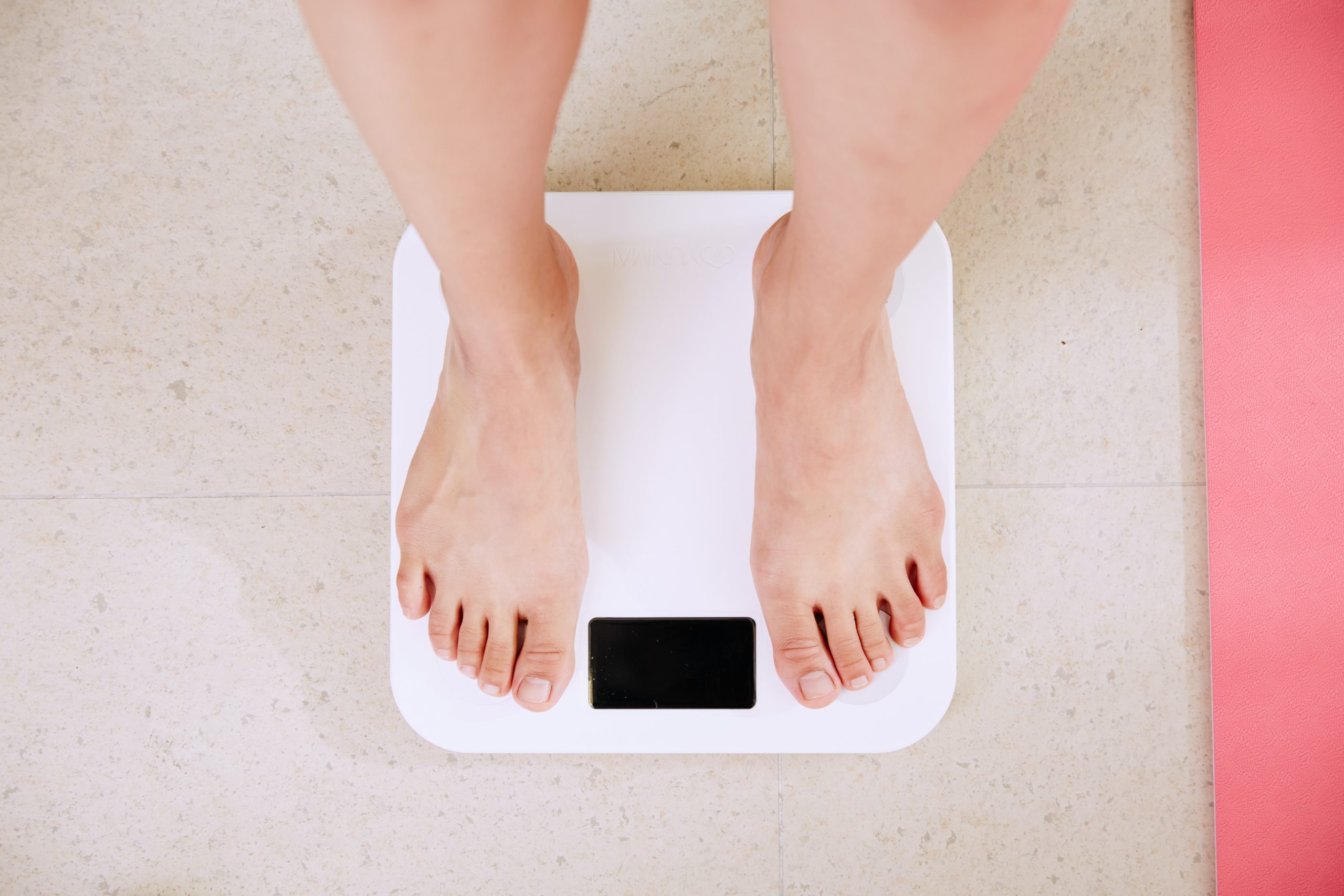 The myth that dietary fat equates to rises in cholesterol is just that: a myth! In fact, the opposite is true. Keto diets have been shown to improve cholesterol levels.

In obese patients, studies show that following the keto diet in the long-term resulted in lower levels of all heart disease risk factors:

The study authors also noted that HDL (“good”) cholesterol levels increased over the course of the diet.

Once you body is acclimated to burning fat as your primary fuel source you’ll notice increased, stable energy throughout the day. Just think you won’t have any more ups and downs in energy, no more unscheduled afternoon naps or wanting to sleep for 14 hours on your days off.

This is mainly due to the fact that going keto means your blood sugar remains stable throughout the day. Having too many carbs would cause a spike and when you crashed you became tired. 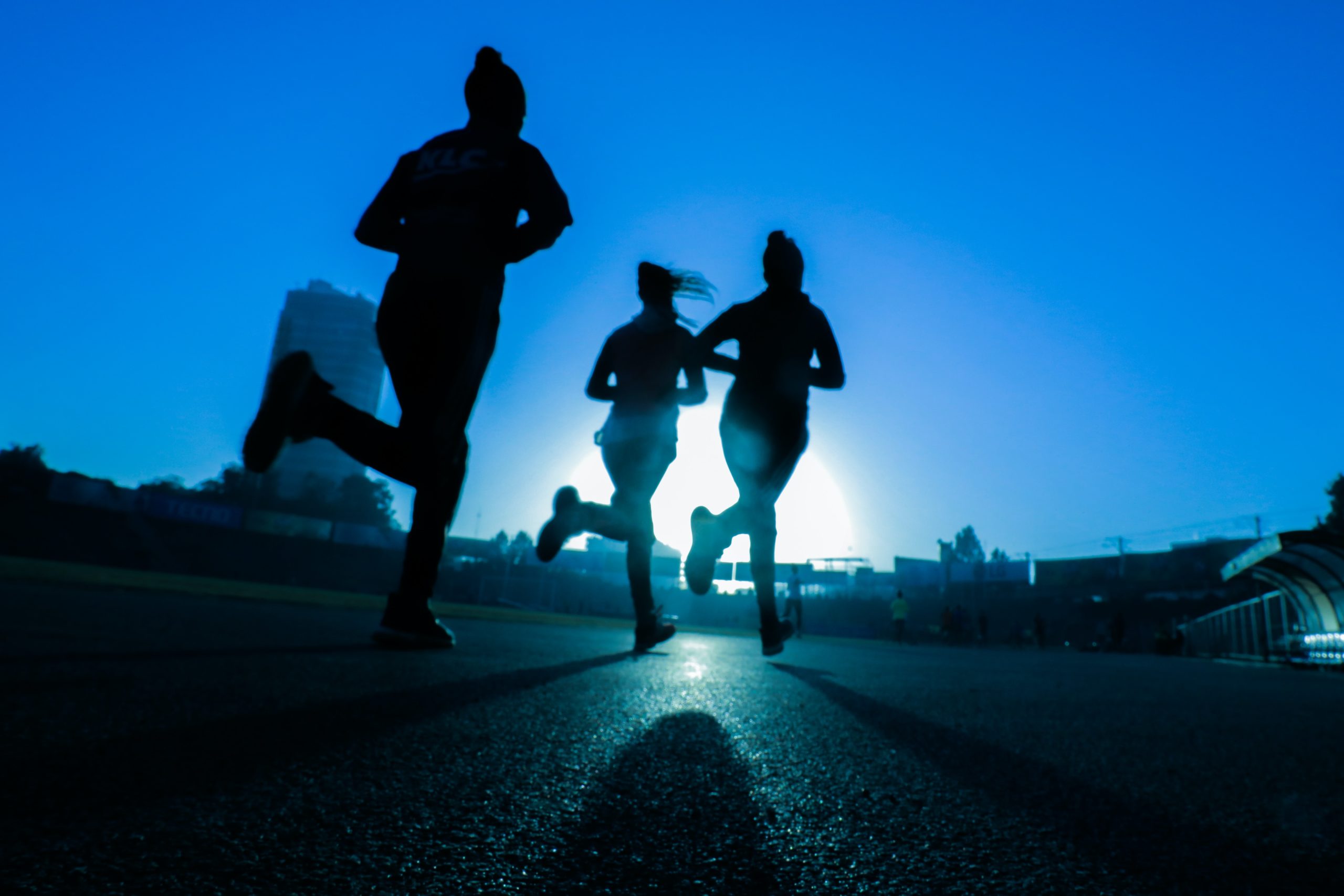 As the brain changes in ketosis, the electrical impulses that cause seizures seem to calm down and, sometimes, stop altogether.

So many clinical trials have found ketosis reduces seizures across the board, with 25% or more patients achieving zero seizures once in ketosis.

A long-term keto diet improves the outlook for many with diabetes, according to numerous studies. Ketosis fights insulin resistance and allows the body to once again use the insulin it produces properly to sustain healthy blood sugar levels.

For many patients, this diet has even allowed them to get off diabetes medications entirely. Not only can it manage blood sugar, but keto may even help reduce A1c levels to within the normal range. 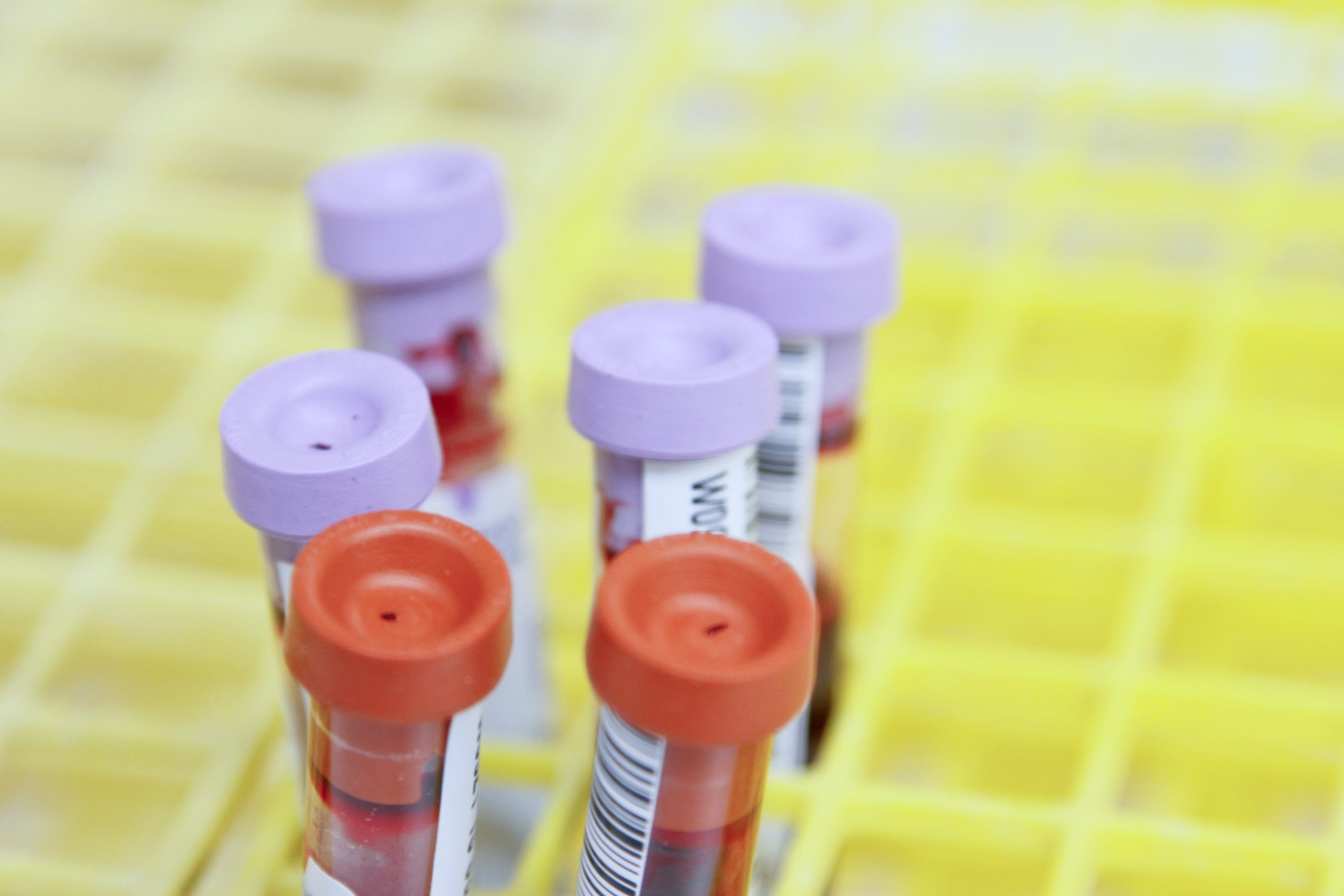 Fortunately, keto might be one answer for women who suffer from this condition. A 2005 clinical trial saw an improvement in insulin sensitivity, testosterone levels, body weight, and hormone levels after 24 weeks on the diet. Two of the 11 women in the pilot study became pregnant, although they hadn’t been able to in the years leading up to the study.

Similar results were seen in another 2006 study.

The science behind keto and acne is in early stages, but it seems that some of the autophagic improvements caused by keto may improve the health of the skin and reduce acne.

Unlike many of the current treatments for brain-related diseases, keto may be incredibly effective in reversing symptoms.

It’s being studied in conjunction with all of these brain diseases:

The keto diet can help with better mitochondrial function (the energy sources of all living cells), which is one reason it may be helpful in decreasing tumor sizes in various types of cancer.

Most significant might be the way keto transforms brain cancer. A 2007 study found that it’s possible to shrink malignant brain tumors.

Some research also supports the idea of using a keto diet alongside chemotherapy and radiation treatments, known as “adjuvant therapy.”

With hyperbaric oxygen therapy in an animal study, a ketogenic diet was able to increase survival time in metastatic cancer by almost 78%.

Several case studies on keto with certain cancers have shown major benefits from this high-fat diet. Two pediatric oncology patients went on a ketogenic diet with 60% medium-chain triglycerides (MCTs) each day. One showed incredible mood improvements as well as a total halt of her cancer throughout the 12 months on the diet.

Another case study, this of a 65-year-old woman with a brain cancer called glioblastoma multiforme reversed her brain tumor entirely after two months on the keto diet. After the strict diet was stopped, the tumor came back about 10 weeks later.

While these results are very intriguing, it’s important never to stop or change your cancer treatment regimen without first discussing it with your healthcare provider. 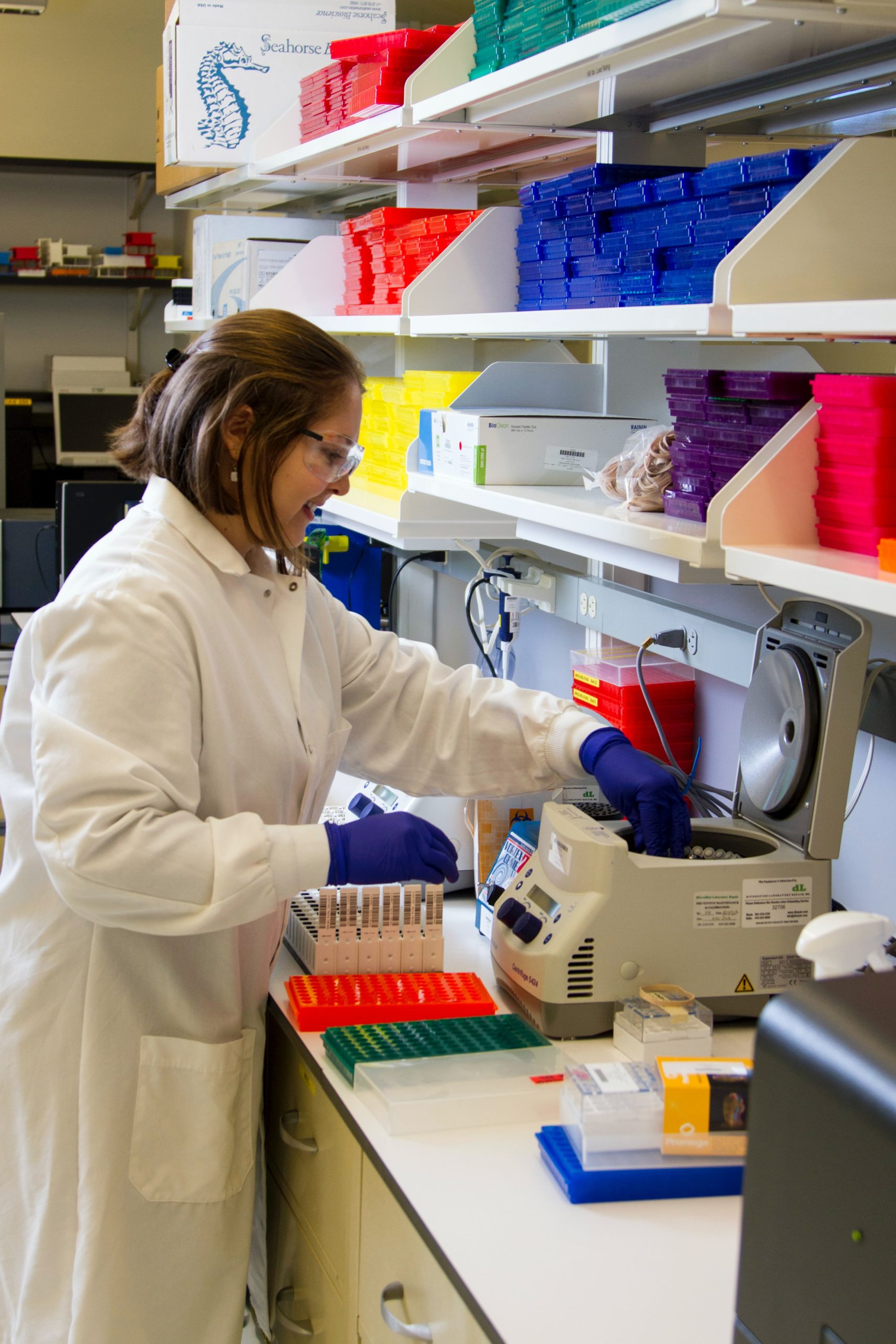 Like I mentioned earlier, the keto diet may help increase your body’s total lifespan by supporting cellular regeneration through autophagy.

Thanks for reading 10 Proven Benefits of Keto Backed by Science.  Make sure you subscribe to my Hollywood Keto Blog for more great content.

Boosting Your Metabolism While Burning Fat By Using Cinnamon

What is the Keto Diet

I am positive that by now you have heard of the Ketogenic diet, also known as Keto.  The Ketogenic diet (Keto) is a high fat, moderate protein, low carb diet. Or if you are like […]

This website uses cookies to improve your experience while you navigate through the website. Out of these cookies, the cookies that are categorized as necessary are stored on your browser as they are essential for the working of basic functionalities of the website. We also use third-party cookies that help us analyze and understand how you use this website. These cookies will be stored in your browser only with your consent. You also have the option to opt-out of these cookies. But opting out of some of these cookies may have an effect on your browsing experience.
Necessary Always Enabled
Necessary cookies are absolutely essential for the website to function properly. This category only includes cookies that ensures basic functionalities and security features of the website. These cookies do not store any personal information.
Non-necessary
Any cookies that may not be particularly necessary for the website to function and is used specifically to collect user personal data via analytics, ads, other embedded contents are termed as non-necessary cookies. It is mandatory to procure user consent prior to running these cookies on your website.
SAVE & ACCEPT